A complete replica of the Do X in a true-to-original and accessible form is to be available by the 100th anniversary of the first flight, on 12 July 2029.

The reconstruction is to be carried out in partial phases using historical aviation production methods in a glass shipyard following the example of Capus Galli (www.campus-galli.de), the reconstruction of a monastery town in Meßkirch or the Guédelon castle construction project (www.guedelon.fr) in France. This means that visitors can follow the development of the machine from the beginnings of profile production (as a film recording, because the prefabrication of the profiles is done in an external company) to the integration.

The planning for the construction of the flying machine envisages seven stages of development:

The first stage of the reconstruction will be the forward ship of the Do X from the base of the wings to the tip of the airship. This stage of construction will include the cockpit and navigation room in the upper area as well as the forward passenger compartment, the smoke cabin and the bar in the lower area. 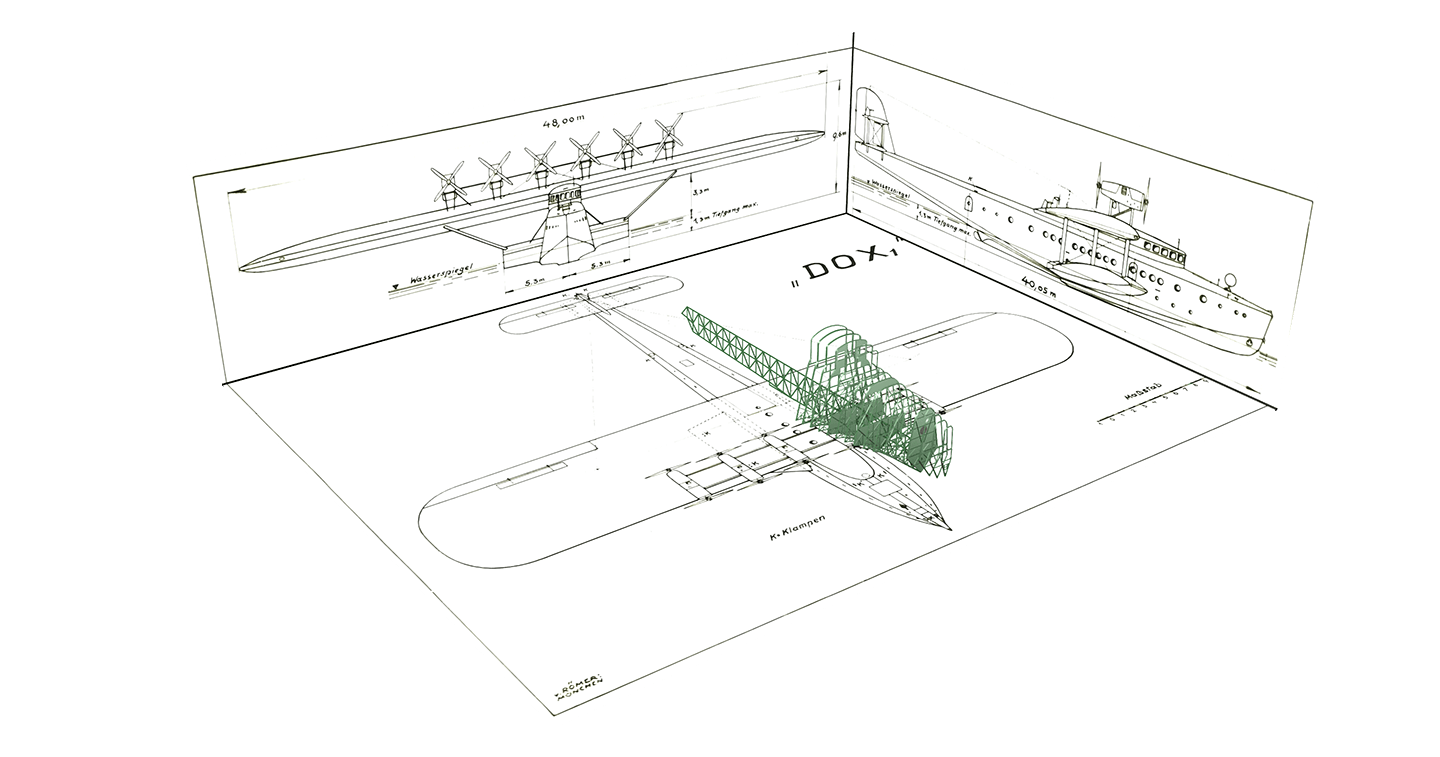 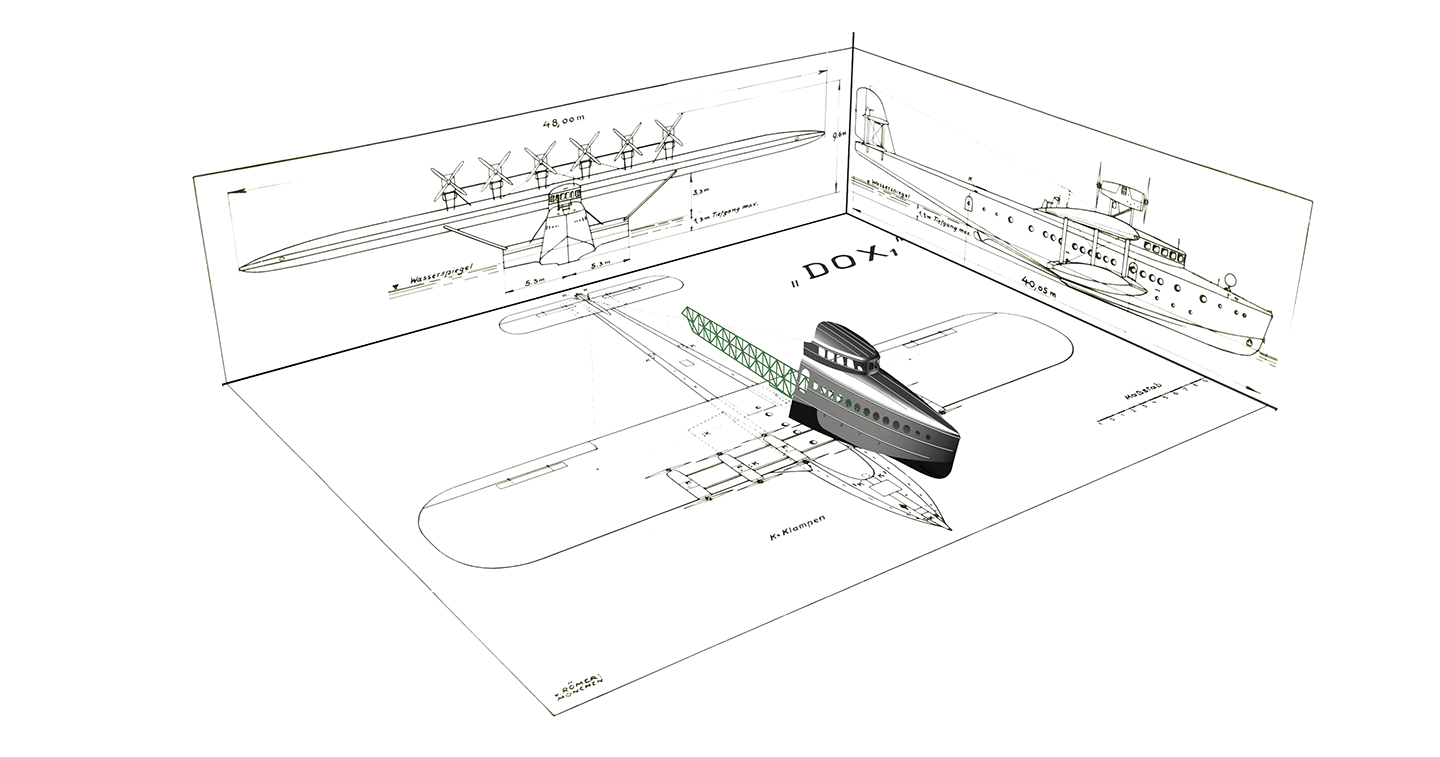 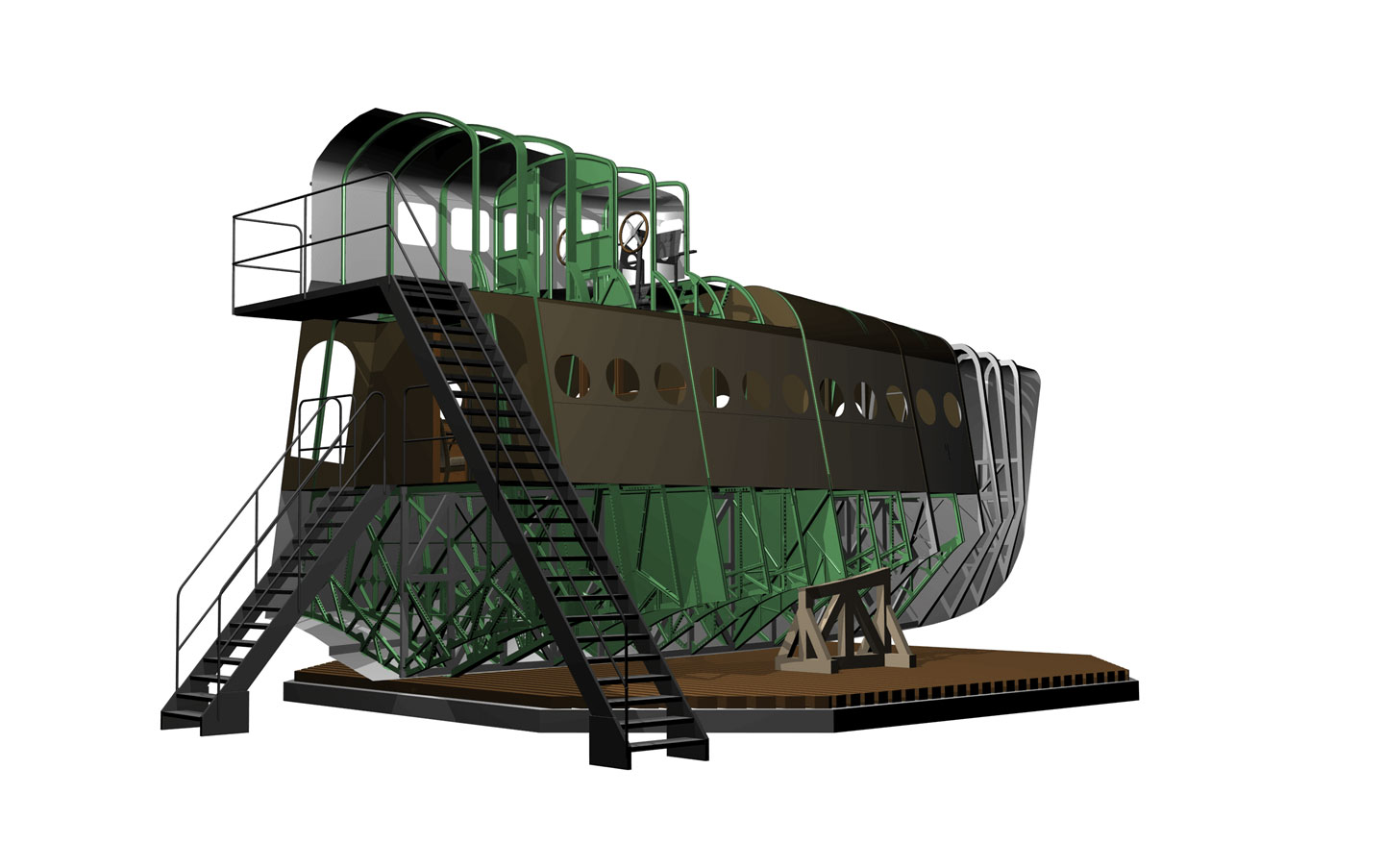 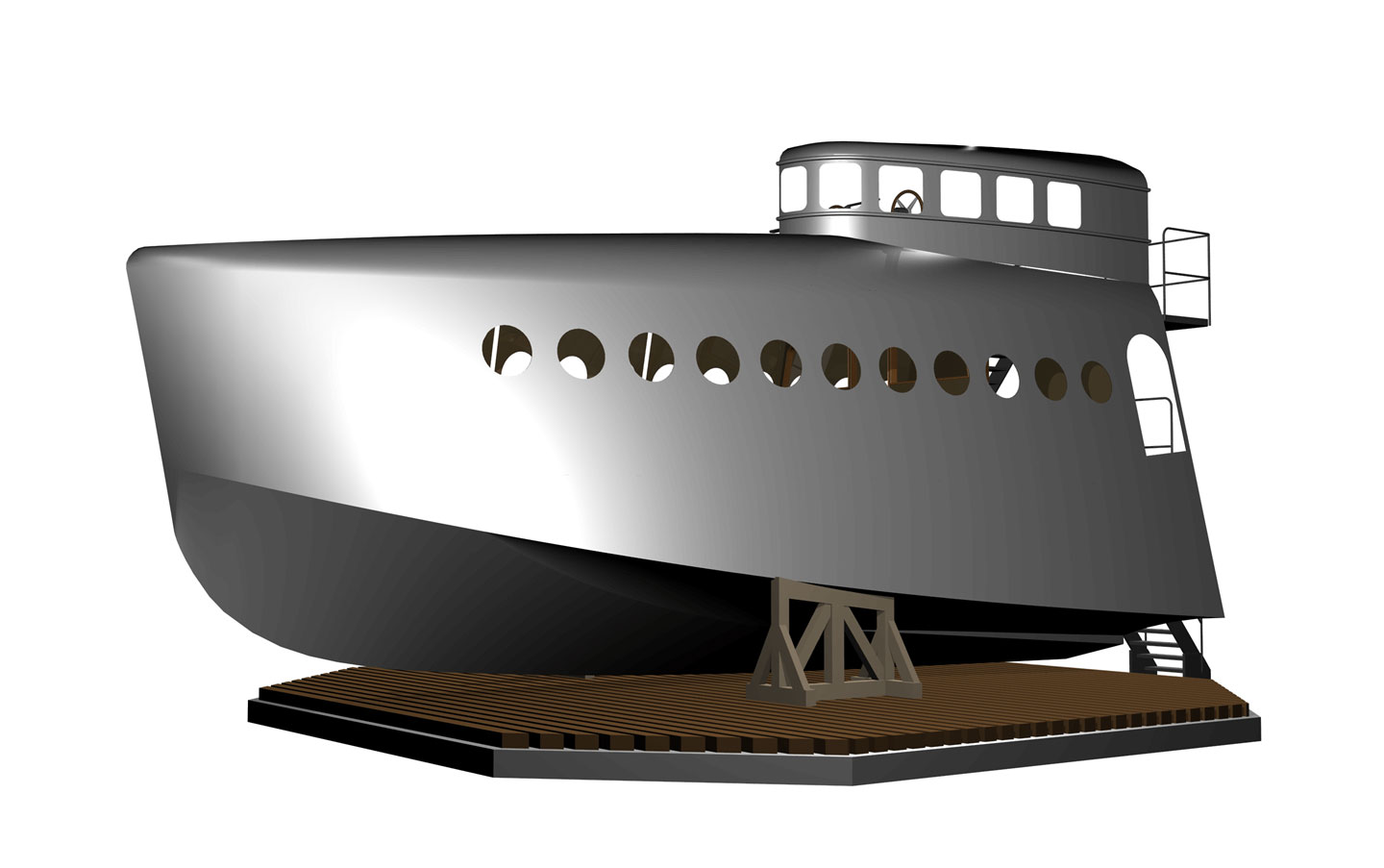 In the second stage of expansion the midship with the stubs will be assembled. This expansion stage contains the engine control room and radio cabin in the upper area and the saloon and cloakroom in the lower area. 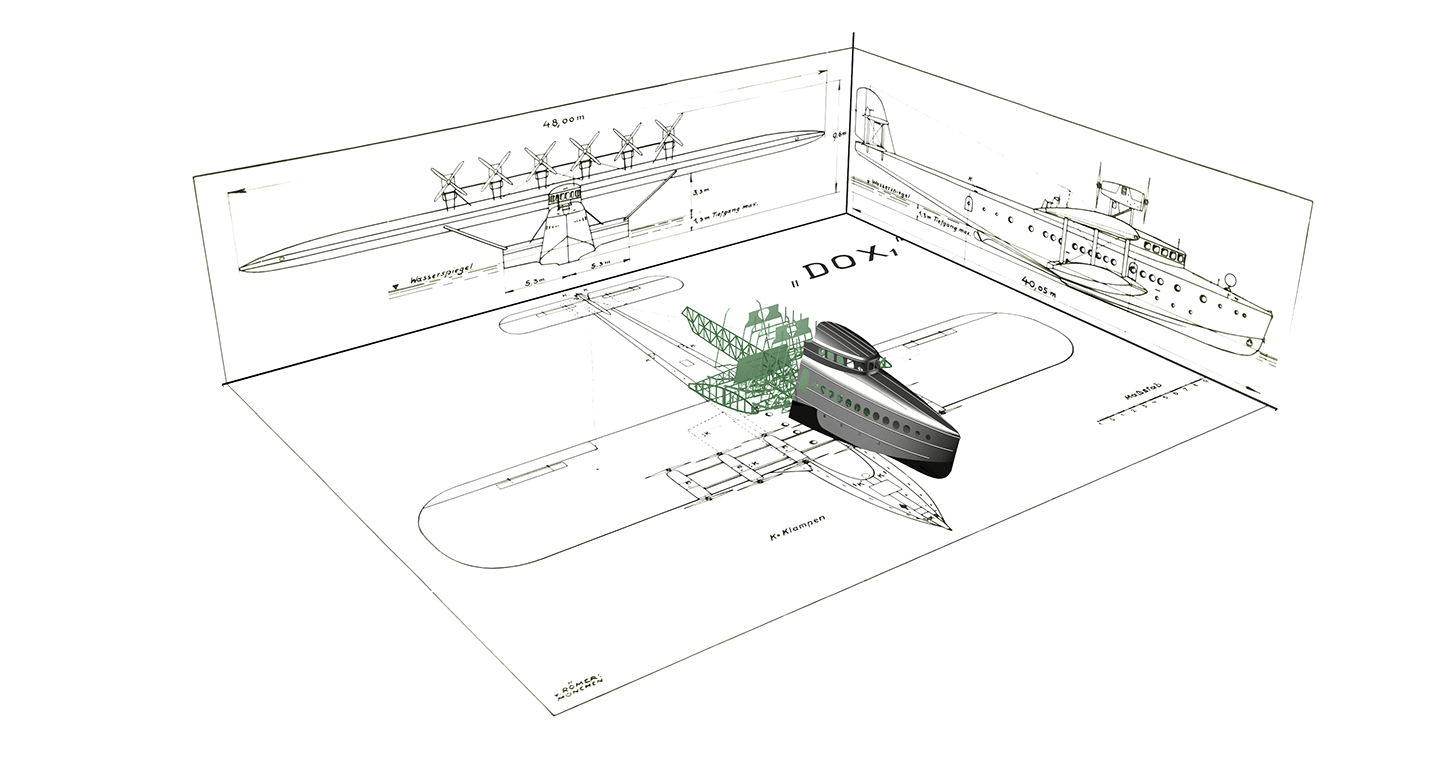 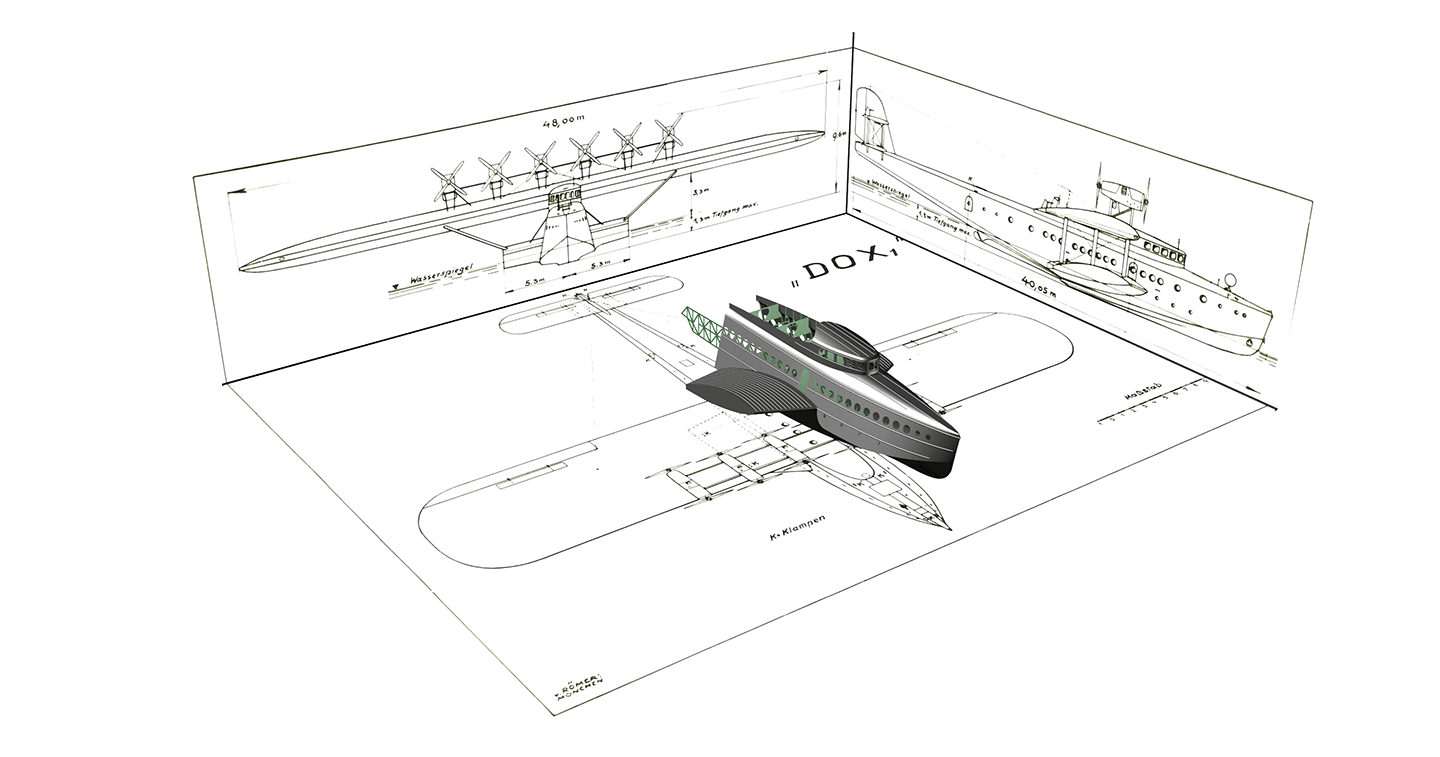 In the third stage the rear ship with the tail plane rudder will be realized. In this stage the aft passenger compartment, the galley and the toilet facilities in the lower area are included and the structural work for the wing begins. 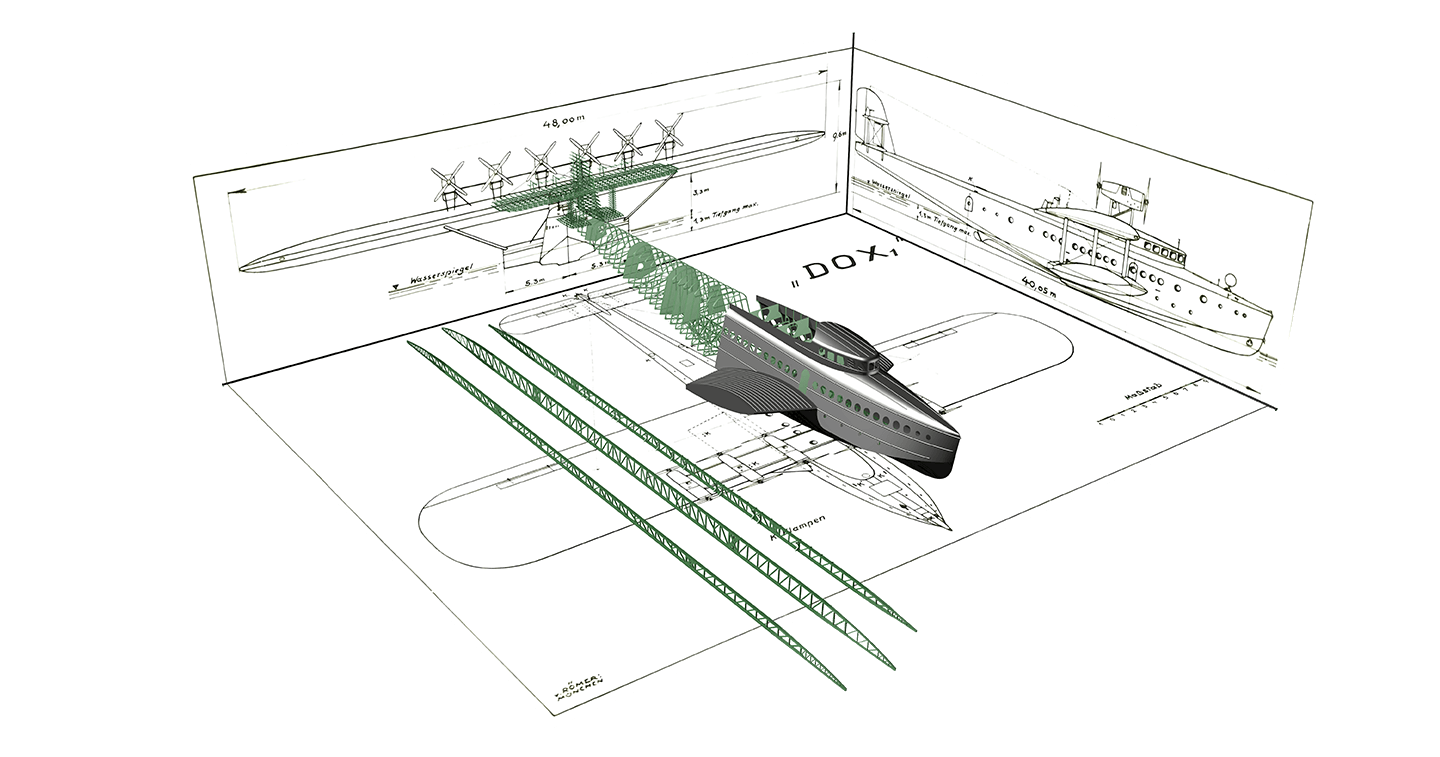 In the fourth stage the final interior of the fuselage is completed the structural framework of the wing will be completed. 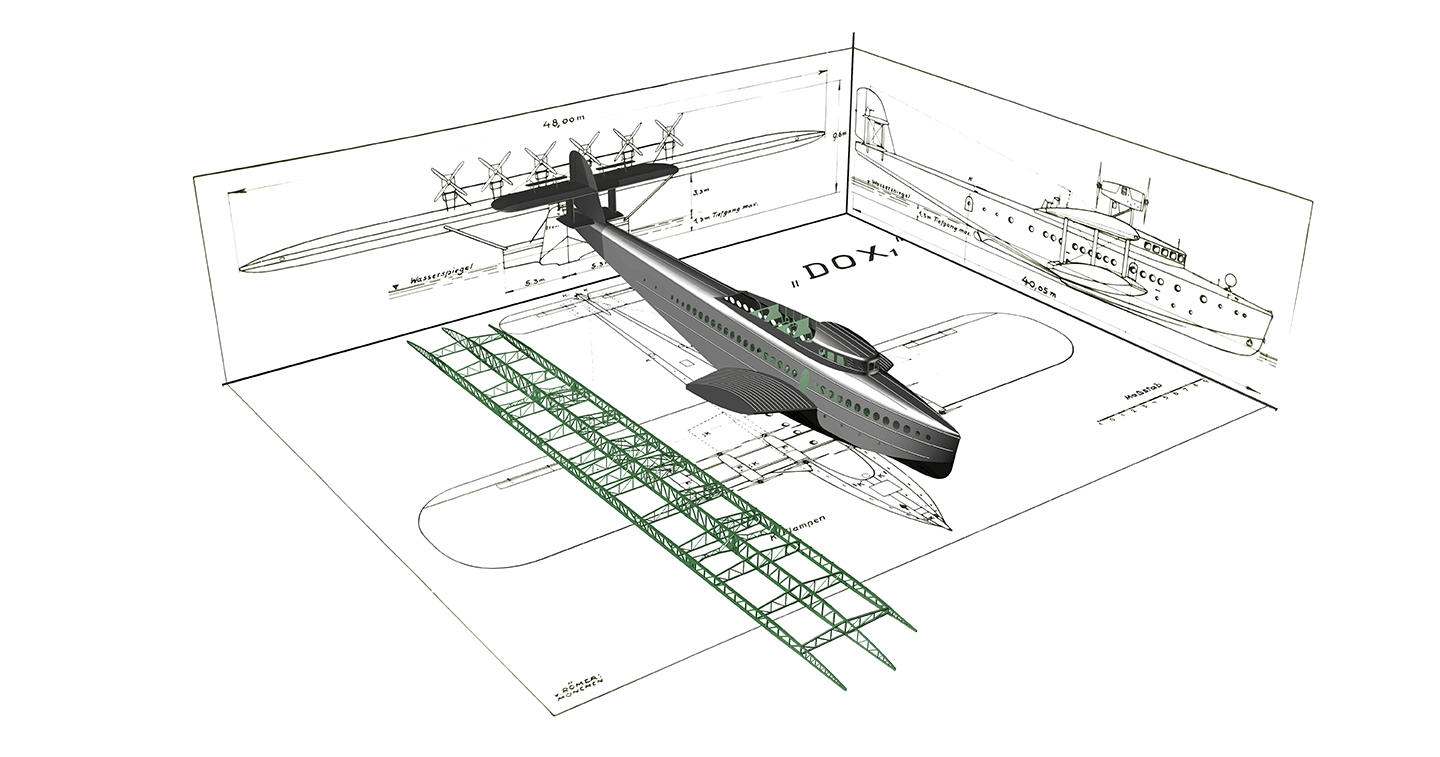 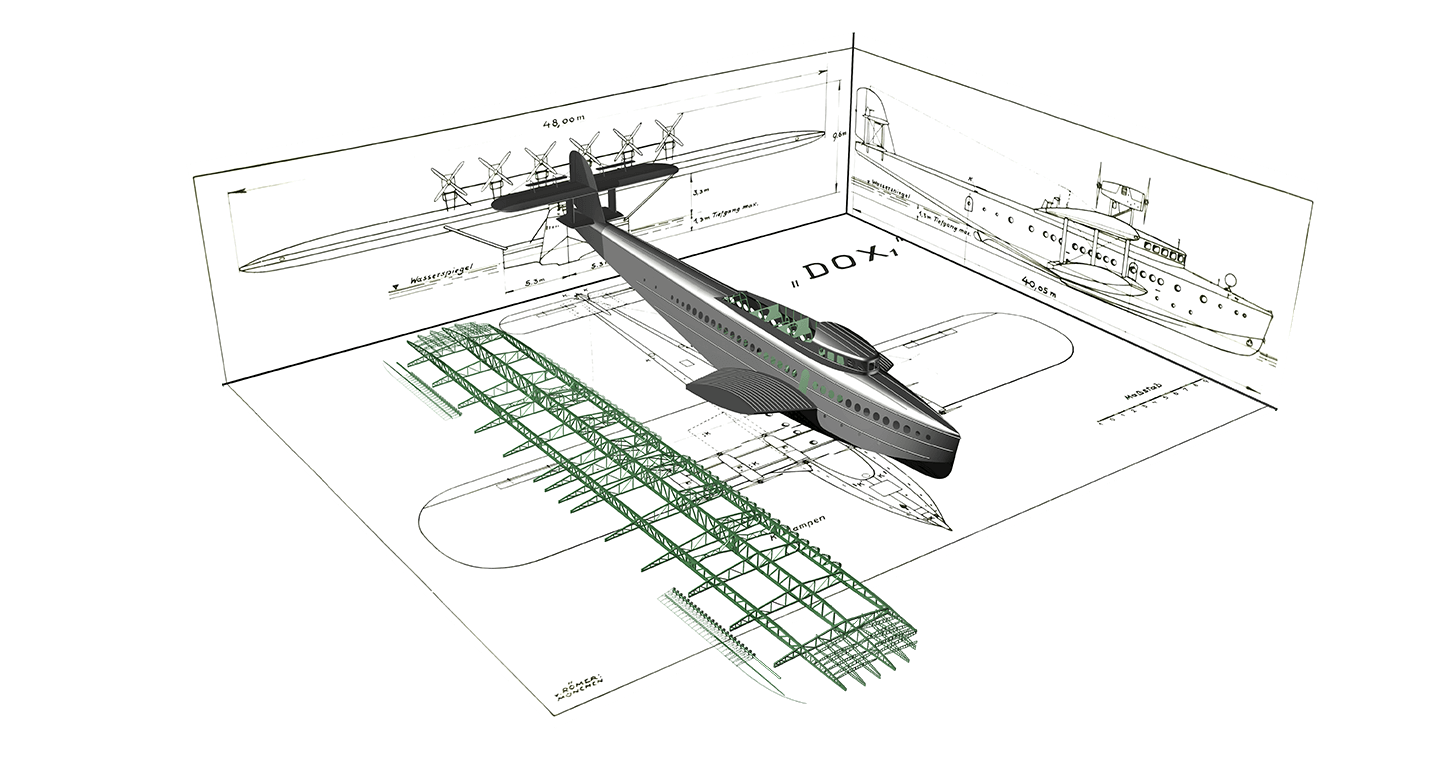 In the fifth stage the prefabricated wing structure is placed on the fuselage and the surface is applied to the structure. 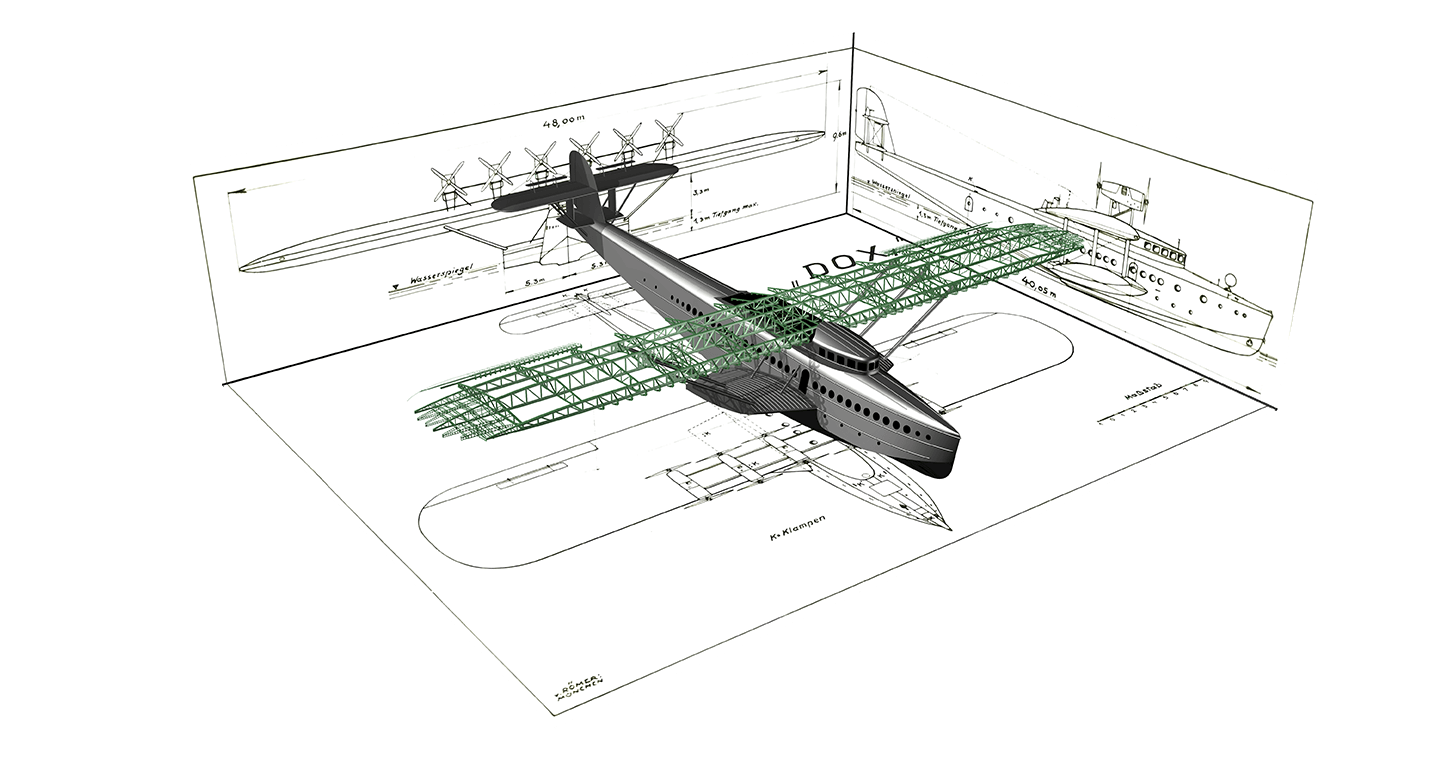 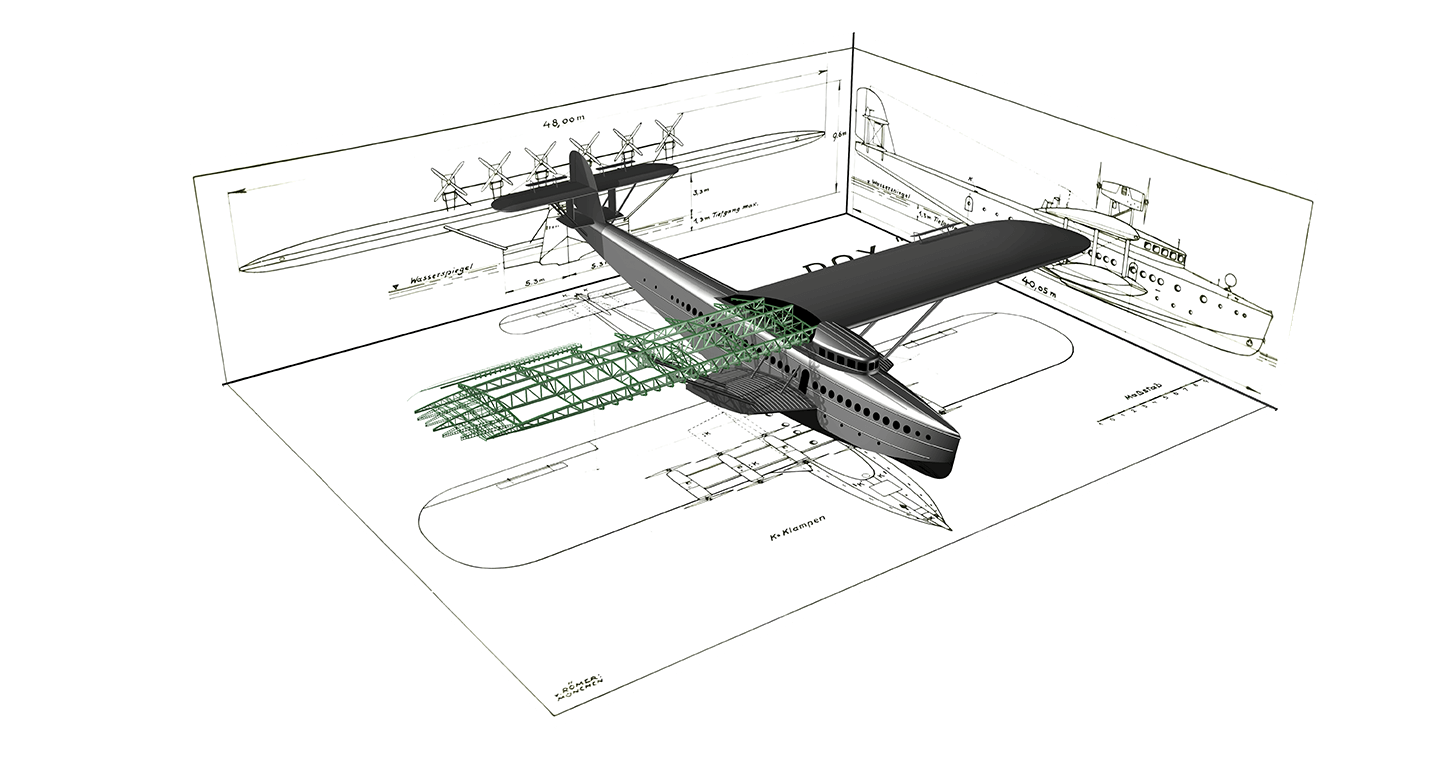 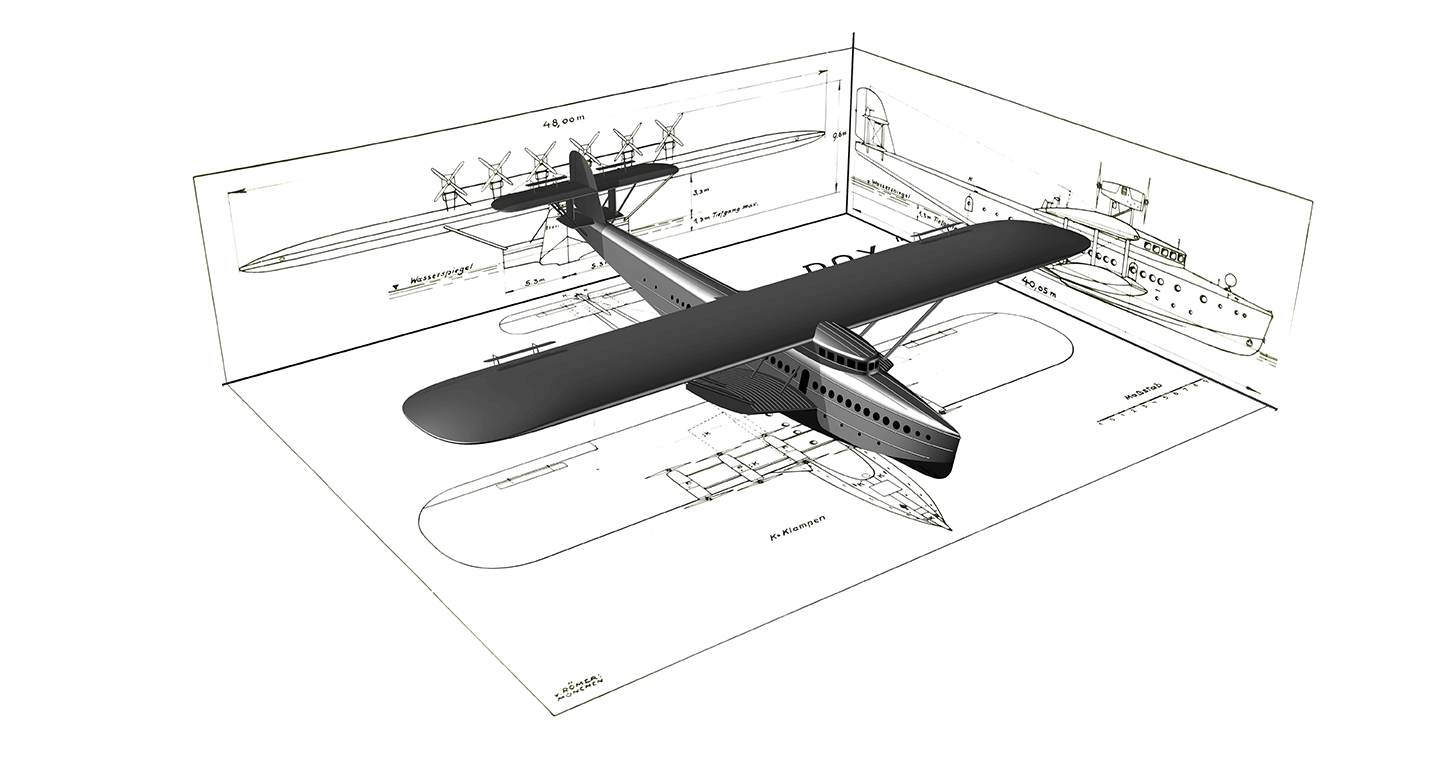 In the sixth and final stage the prefabricated engine replica with the engine housing are placed on the wing. 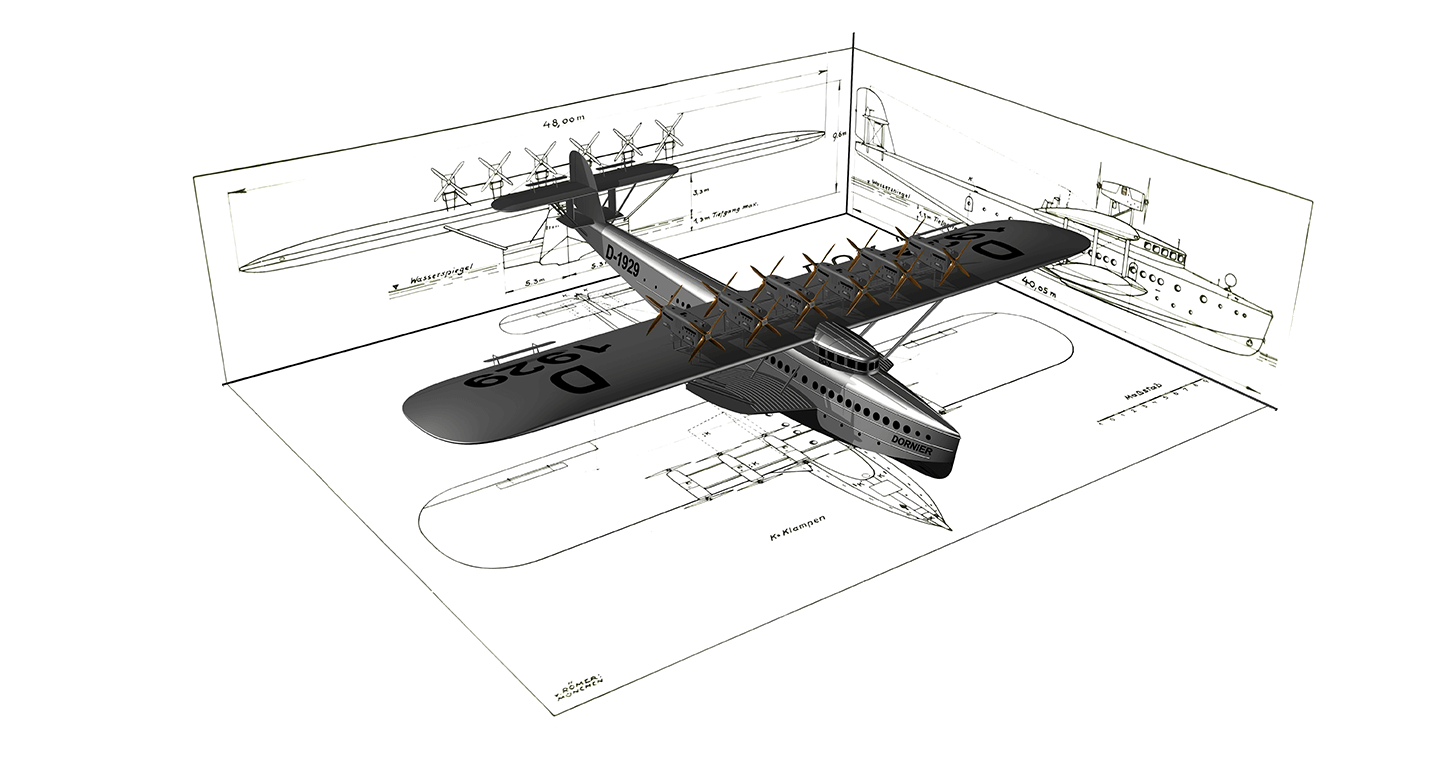