About 90 years ago, a technical marvel of its time, the giant airship Dornier Do X, caused a sensation.
The Do X airship was built between 1926 and July 1929 at a shipyard in Altenrhein on Lake Constance in Switzerland. The first flight of the “flying ship”, as it was also called, took place on 12 July 1929.
A total of three aircraft were built by the Dornier Do X. Dornier’s first Do X aircraft, the Do X1, which was used for the famous worldwide representation flight, and two aircraft, Do X2 and Do X3, for the Italian Navy.

Unfortunately, none of these machines have survived today, the Do X 1 was destroyed in the Berlin Museum of Technology during the war and the two Italian Do X 2 / Do X 3 were scrapped. Along with the machines, most of the construction plans were lost.
But what would it be like if this former giant of the air would be resurrected, if one of the most impressive German engineering achievements could be admired again and if this aircraft of aviation history could be experienced up close again? 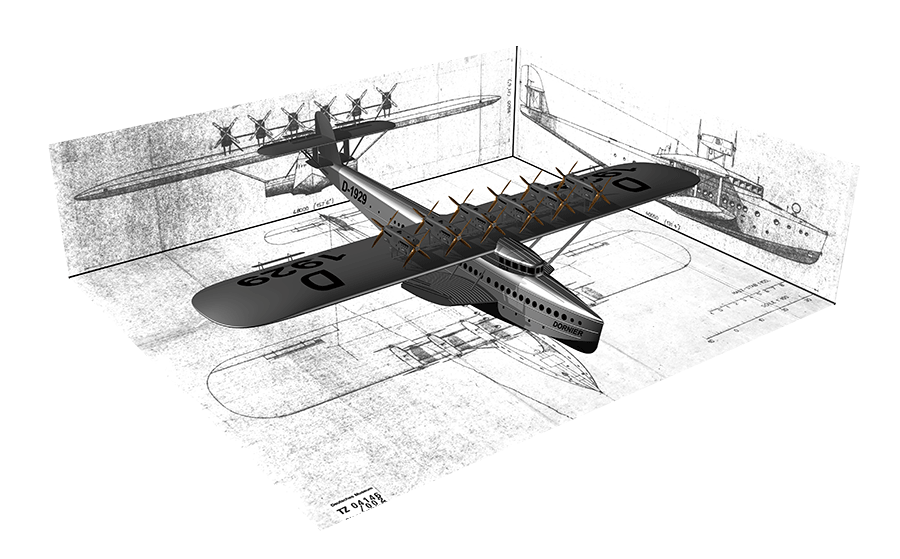 This impressive and aviation-historical aircraft is to be resurrected and is to bear witness to the early innovative power of the Dornier company, Baden-Württemberg and Germany.
The construction is to be carried out as a fully accessible and original 1:1 aircraft, but not airworthy.
This Do X would be an object of aviation history of international significance with appropriate attention.
Der Aufbau soll als voll begehbares und originalgetreues 1:1 Flugzeug, allerdings nicht flugfähig, durchgeführt werden.
Diese Do X wäre ein Luftfahrthistorisches Objekt vom internationalen Stellenwert mit entsprechender Beachtung